NZINGABETH! or When Ana Met Virginia is a new show devised by a trio of South West artists: Sasha Herriman from The Bluebirds, Gloria Lawrence from Storytree, and Philip Kingslan John from Four of Swords.

NZINGABETH! is a musical show for schools and theatres which challenges notions of nationality, race and gender. It portrays a fictitious meeting between historical figures Queen Elizabeth I of England and Queen Ana Nzinga of modern-day Angola. The queens clash and bond over a discussion of politics, femininity, race, culture, make-up, men and song. The soundtrack for the show is a unique fusion of Tudor court music and awesome African drumming!

WHO’S WHO? CLICK HERE TO MEET THE NZINGABETH! TEAM 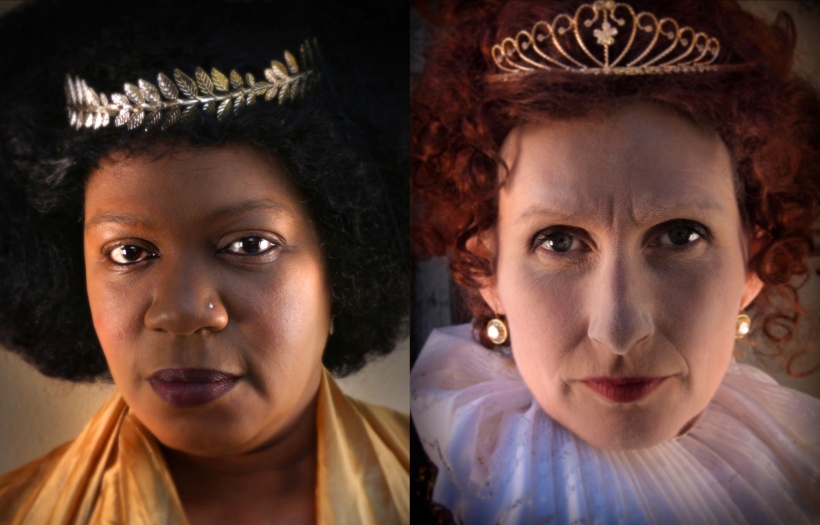 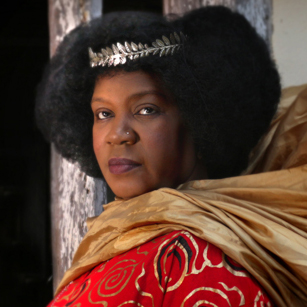 Gloria is an experienced singer / story-teller / educator. She started her organisation Storytree in 2004. To date she has delivered hundreds of educational workshops, raising cultural awareness in schools, colleges, assorted early years settings, theatres, museums and festivals including Glastonbury and Respect.

She recently made her acting debut in Mrs Noah and the Flood (produced by Sasha), and continues her diversity and storytelling workshops. Gloria also performs as ‘Missy Marley’, a stonking Bob Marley tribute act.
_ 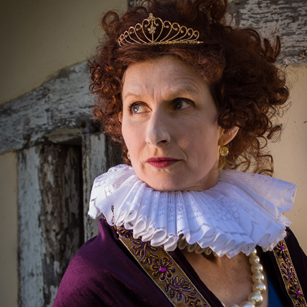 Sasha turned her back on the flighty and glamorous world of broadcast journalism to delve into the murky underbelly of independent theatre.

She has quickly established a reputation for creating innovative new musical theatre shows; she recently co-wrote and produced Mrs Noah and The Flood, an original family musical with shows in London and Somerset. She has also toured Berlin and Tudor Cabaret with her group The Bluebirds. She performed The Christmas Mysteries for three successive years (a modern musical adaptation of the nativity story including a live manger), and staged a pop-up Passion play at The Museum of Somerset.
_ 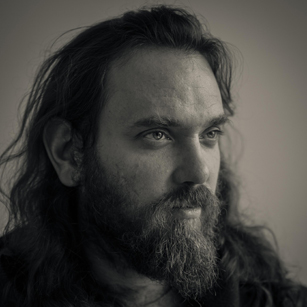 After seven years as a secondary school teacher of English, History and Drama, Philip took the plunge into full time theatre-making some three years ago. He co-founded Devon-based Four of Swords Theatre, which has gone from strength to strength developing immersive multi-media interpretations of classic stories, performed in unusual spaces.

Philip has also been employed as a writer by Cambridge University Press, and as a freelance performer in projects including The Weeping Tree by Joanna Hruby Arts, performed at The Little Angel Theatre in London.
_ 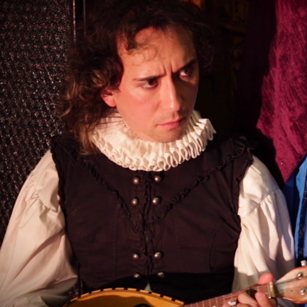 Ben is a ridiculously talented self-taught musician as well as a prodigious writer of prose and screenplays. You can receive a taste of his work on his website.

Apart from performing in a number of bands, including The Demagogues and Catherine and the Owl, Ben acts regularly with Pocketwatch Theatre, a mainstay at Powderham Castle during school holidays, and has acted and arranged music for a slew of Four of Swords shows in and around Devon. 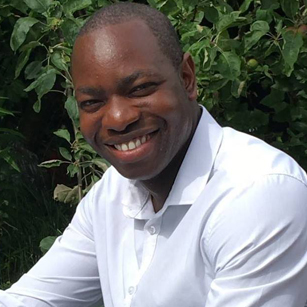 From a young age, Moses possessed a fiery passion for Shakespeare and classical acting.

He joined the Oxford Youth Theatre, Oxford Youth Music Theatre, National Youth Theatre, and went on to gain a National Diploma in Performing Arts from Abingdon & Witney College. Moses then won a place at RADA, and whilst he was there won an award for “Most Outstanding Unarmed Stage Combat”.

Since graduating, he has been working on the radio play adaptation of Siege of the Hares by Simon May for the Phoenix Festival, and has been leading “Acting Shakespeare” workshops on characterisation and language. He recently founded Theatre Company Intra Arts Ltd. He is currently directing and acting in a duo of Shakespeare plays: Midsummer Night’s Dream and Romeo & Juliet. The multi-talented Moses is also currently writing a script for a TV series entitled Kinda Perfect. 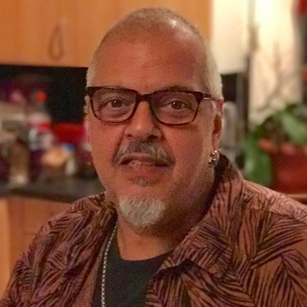 Andy Piccos, from Stitchin Business, is a costume designer based in London. He has created outfits for Sasha’s cabaret duo The Bluebirds for many of their shows. Andy says “It just takes a piece of fabric, needle and thread and a little imagination. The customer comes to us with an idea and we turn it into reality.”

He has worked with a number of celebrity clients such as Katy Perry (including her tigercostume for her X Factor appearance in October 2013 & for her 2014 Big Weekend performance) and has been Gok Wan’s preferred dressmaker on his shows since 2010 (Fashion Fix TV show).

The costumes for Queen Nzinga and Queen Elizabeth were developed from initial concept sketches drawn by Philip. Andy used these themes, understood the central thrust of the show and created unique costumes which are a magical fusion of Tudor and African.
Panel 2

For any enquiries regarding potential bookings, please get in touch!